FIELD TRIP TO CHANDOR AND RIVONA 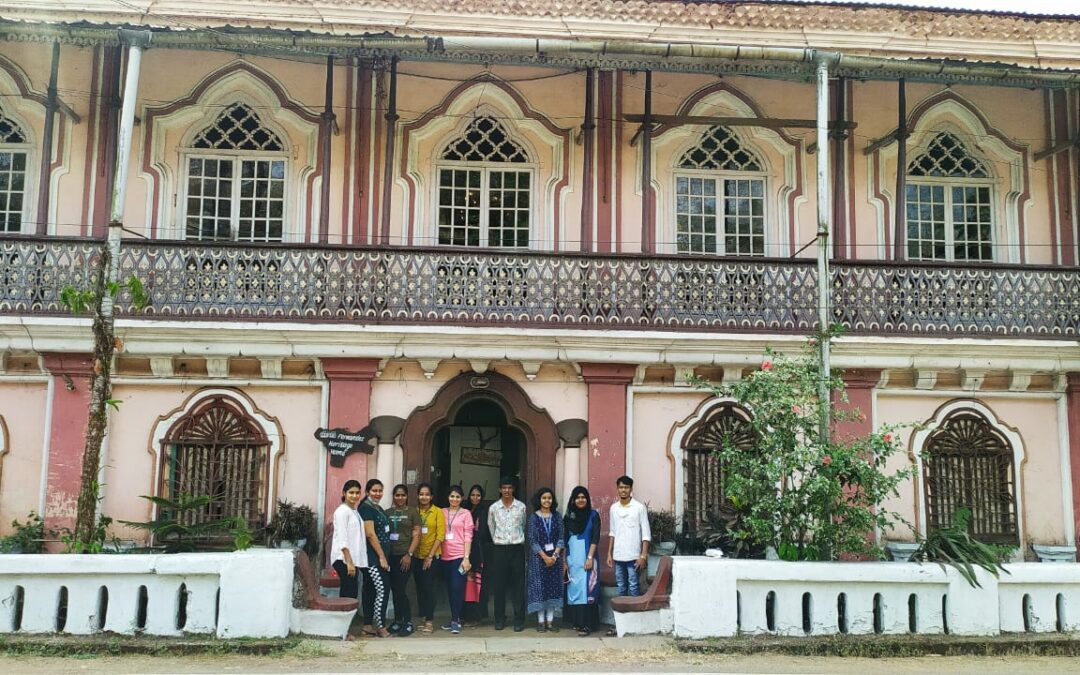 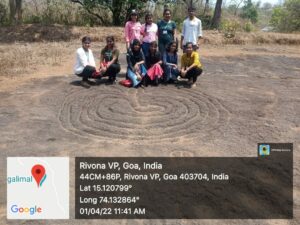 Department of Hindi had organized a field trip to Chandor and Rivona Village ie. St Tiago chapel, Fernandes Heritage House, Shiva Temple, Rivona natural caves, Rock carving at Usgalimal on 1st April, 2022 for the T.Y.B.A. class. Students were accompanied by two faculty members; Vishakha Harmalkar and Prajyot Gaonkar. The main idea of the field trip was to show the students heritage of Goa, to promote environmental awareness among them and to enhance the learning process. We started with the visit to St Tiago chapel. Students came to know about the story behind the Curse i.e. When the Portuguese invaded Chandrapur, it had Kadamba King Harihar as its ruler. The people of Chandrapur did not defend him in the battle against the Portuguese and the king was killed. The queen was furious at her people and committed suicide. But before dying she cursed the villagers by beating her feet on a stone outside the temple and said every woman in this village will become a widow when they get married here. The stone with her foot prints is still maintained and it is kept in the middle of the steps on the front side of St Tiago chapel, cotta, Chandor. After that we went to the Fernandes Heritage House, which is one of the oldest remaining palacios in Goa. It is now Occupied by Rajeev, son of Sara Fernandes. The original house, which exhibits a Hindu Influence, was built some 500 years ago. It also has a secret 500 years old passage that was used by the family to hide whenever there was a local rebellion against the Portuguese and its policy of proselytizing. Typical of traditional Indian design with a central courtyard, the house has witnessed transformations and the exteriors now appear similar to other Portuguese mansions of the area. It has a secret basement hideaway, riddled with gun shot holes, and an escape tunnel. This Indo-Portuguese mansion is also open to the public. Mr. Rajiv Fernandes guided the students and made them understand about the rich history of the house. Then we went to see the remains of the ancient Shiva Temple, also known as Isvorachem, located in Cotta Chandor, about 12-14 km southeast from Margao. In the 1930s Fr. Henry Heras, SJ excavated the site and unearthed a 11th century Shiva temple and also a Nandi bull. After this we went to our next destination that’s rock carvings of Usgalimal. The mysterious rock carvings were discovered in 1993 by the villagers of Usgalimal, which is located at Usgalimal village on the banks of the Kushavati river, in the Sanguem Taluka of South Goa. The carvings were done on the stone ‘floor’ on the riverbanks. There are more than 100 carvings present in this 5000 sq. m. site and they depict various symbols
and artwork. We also went to see the natural caves, Rivona. The main entrance of the caves is situated beside a small stepped well or a tank which is placed at the bottom of the rock. The main door is also flanked by a 16th century bas-relief of Lord Hanuman, the Hindu God. The entrance door leads its visitors to a cell on the upper level. There’s a small stairway cut through the rock between the higher and lower levels of the caves. The last stop was to the Salaulim Dam Garden. The place is very peaceful with only the sounds of the local birds. In addition to the beauty of the place, it is also an informative place for students to learn about different varieties of plants