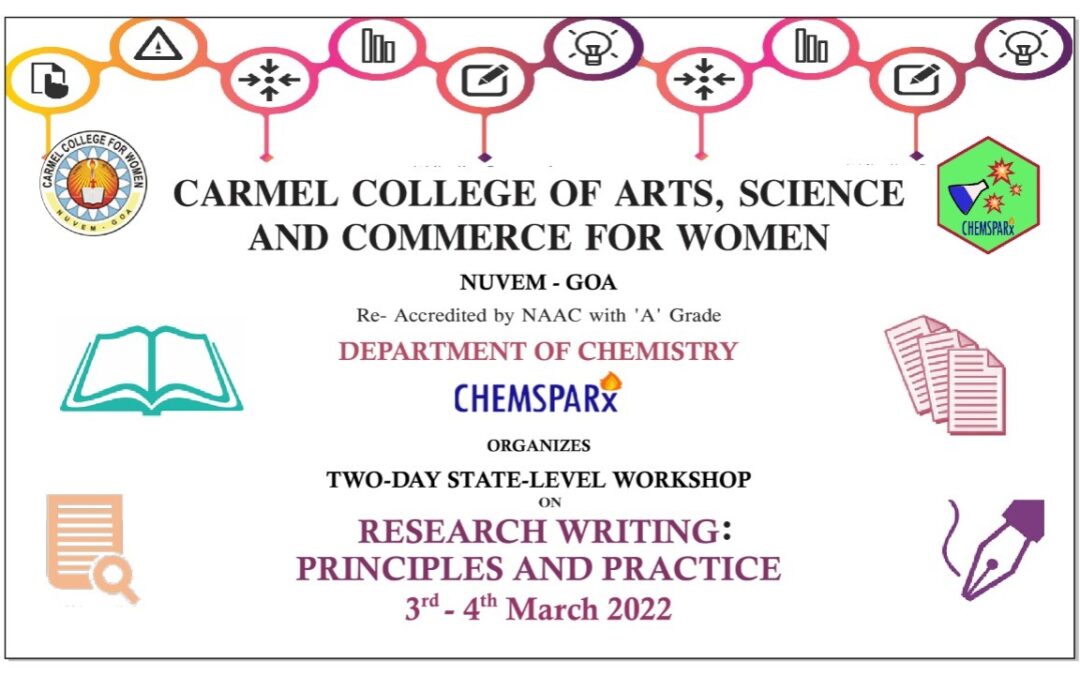 The Department of Chemistry, along with the Chemsparx club at Carmel College of Arts Science and Commerce for Women- Nuvem, organized a Two-Day State Level Workshop on Research Writing: Principles and Practice on 3rd and 4th March 2022.

Research is gaining paramount importance in today’s academics. Research is to be given upward mobility to generate a scientific acumen in young minds. Academic writing and scientific reading has to be promoted among students.

The workshop was formulated into a Seven technical session, with hands-on practice.

The event was well received by the participants due to its student-centric elements such as quizzes and Meme contests. The speakers developed novice-friendly content with the students, and described different elements of research writing over seven sessions. The application of research aids such as Google Scholar, Zotero, Grammarly, PlagScan were stressed upon. The speakers created a Google Classroom for the participants, providing tips, tricks and tools for them to reflect upon. Participants were encouraged to communicate any queries regarding research work until the end of the academic year.

Satisfaction surveys were conducted, with a larger majority of the participants claiming to have enjoyed the workshop.

The Convenor of the workshop gave the concluding remarks. Which was followed by certificate distribution from the hands of Ms. Cheryl Alvares. 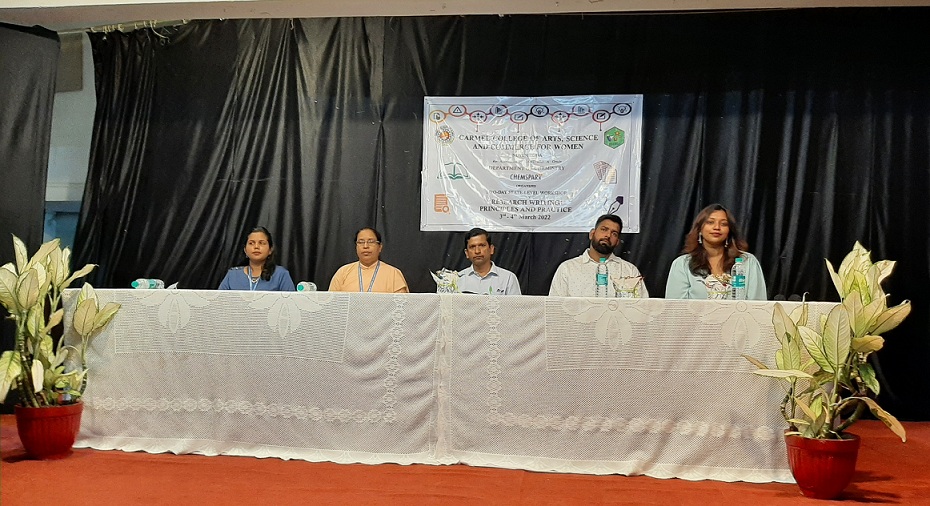