Carmel College of Arts, Science and Commerce for Women, Nuvem, organized the ORATOR CONTEST on 16th November 2021, in the college auditorium. The event began at 10:45 with Ms. Lauren Fernandes giving the introductory speech, followed by the Cultural Secretary, Ms. Aveny Fernandes giving the significance of the Orator Contest. The Officiating Principal of Carmel College, Dr. Sr. Maria Lizanne A.C welcomed the gathering. The judges for the contest were Ms. Elizabeth Valsan, RJ Godfrey Gomes and Ms. Priya Almeida. There were 13 contestants. The English Department left no stone unturned in making the event successful. The topics ranged from the conditions of women in the good old days to the new normal. The vote of thanks was delivered by the General Secretary, Ms. Lizanne Rodrigues. This was followed by the declaration of results by Dr. Brian Mendonça.  The Principal handed over the Orator of Carmel trophy to the winner Ms. Tabitha Fernandes. The first runner-up was Ms. Khushi Powar, the second runner-up was Ms. Carmen Miranda. The contestants were trained by Ms. Roxana Singh. 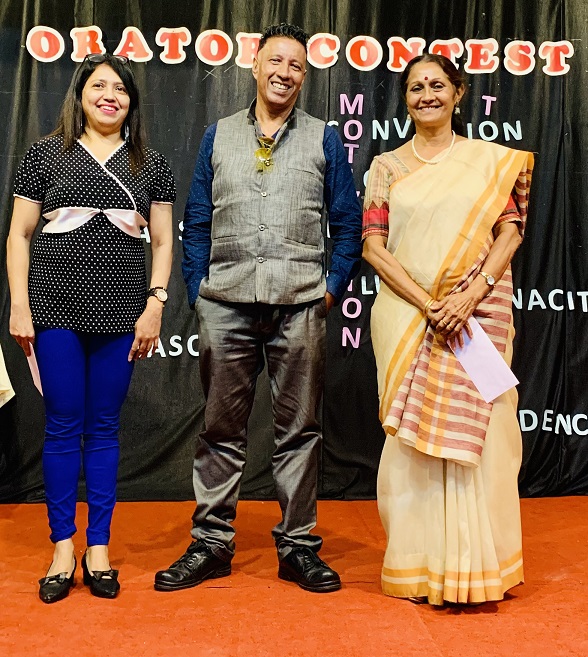