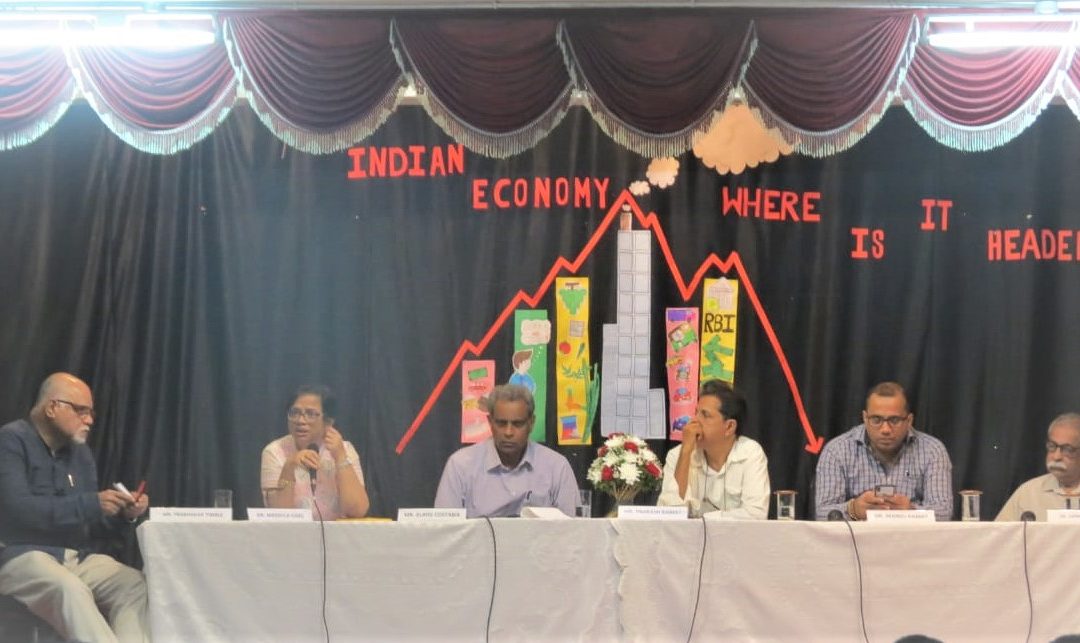 The much needed tax reform and the earlier demonetization exercise, which although well-intentioned, failed in attaining the desired goals due to poor implementation and the lack of emphasis by the Government in addressing the structural issues resulting in  economic hardships particularly to the small and medium sector. This was the common line of argument by eminent panelists as they analyzed the current economic meltdown at the Panel Discussion on the theme- Current State of Indian Economy- Is it Headed for a Crises? – organized by the Department of Economics, Carmel College for Women recently.

Panelists, Mr. Prabhakar Timble,  Dr. Arindham Das Gupta, Mr. Blaise Costabir, Dr. Mridula Goel, Dr. Manoj Kamat and Mr. Prakash Kamat discussed issues such as bad debts of banks, threat to RBI autonomy and rising unemployment and inequalities that act as drags on the growth momentum. The panel strongly expressed that the Government needs to heed sound economic advice to address demand side issues inorder to prop up the economy rather than adopting populist tactics to appease the corporates. The discussion was chaired and moderated by Mr. Prabhakar Timble who also presented a Keynote address on the theme of the discussion. “The current state of the economy is a cause of concern which cannot be remedied by the recent bonanza offered by the Finance Minister,’’ he observed and argued for inclusive growth measures.

The Panel Discussion was attended by undergraduate students of Economics from 10 colleges across Goa and by Post Graduate students of Commerce and Economics as well as by faculty members who benefited from the discourse and the interactive Q&A session.  The young students

also got an opportunity to present their viewpoints on the current slowdown. The team from DM’s College and Research Centre, Mapusa were adjudged as the best presenting team. Ms. Diella Coutinho presented the views on behalf of the winning team. 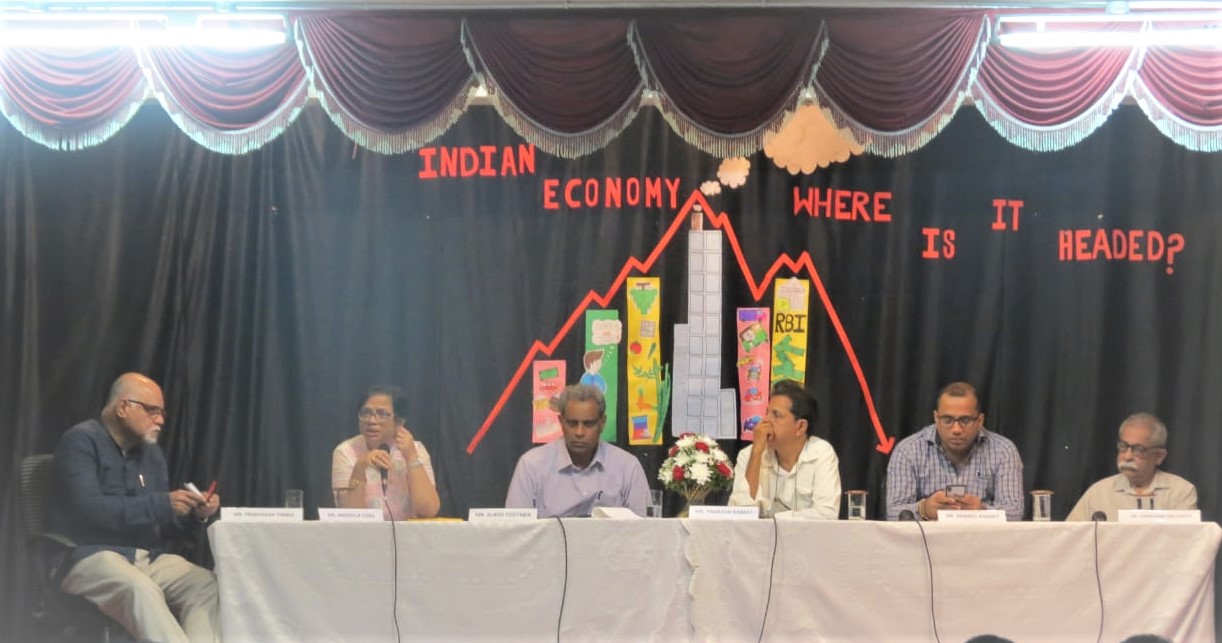