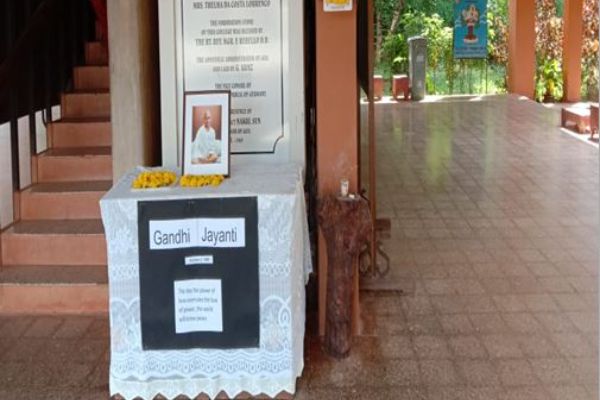 The Department of History commemorated Gandhi Jayanti and International Peace Day on 1 st October 2020, by organizing a programme on the day. The function began with an introduction on the significance of the day by Mr. Agnelo Dias, who highlighted the fact that Gandhi’s birth anniversary is also celebrated as International Peace Day and this day has also witnessed the birth of another important Indian leader- former Prime Minister L. B. Shastri, along with Goa’s nationalist leader F. L. Gomes, who passed away in the same year that Mahatma Gandhi was born.

This was followed by a floral tribute to the Mahatma, on the part of all the faculty, who had assembled for the function and the singing of a very appropriate hymn for the occasion ‘Make me a Channel of your Peace’.

Thereafter Vice Principal Rev. Dr. Maria Lizanne AC brought out the objective of the Gandhian philosophy, which was to transform the individual and society simultaneously, in accordance with the principles of truth and non-violence. Gandhiji called his overall method of non-violent action as Satyagraha.

Head of Department- History Ms. Leila Ribeiro proposed the Vote of Thanks, emphasising the fact that Gandhi believed in practising what he preached, thereby identifying himself wholly with the Indian masses. The function ended with the distribution of chocolates to all those who had gathered and the singing of the National Anthem.

As a part of the function, earlier a quiz on Gandhi, was conducted for the TYBA students, as well as a video presentation competition was held on the ‘Relevance of Gandhi in Today’s World’ which saw 10 entries. The whole programme was shown on Instagram and was coordinated by Mr. Agnelo Dias, Assistant Professor- Department of History. 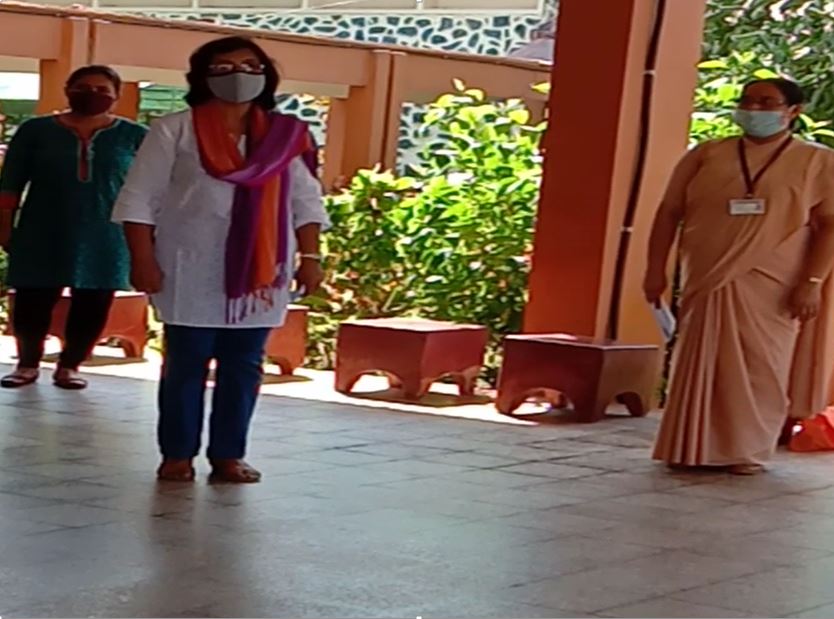 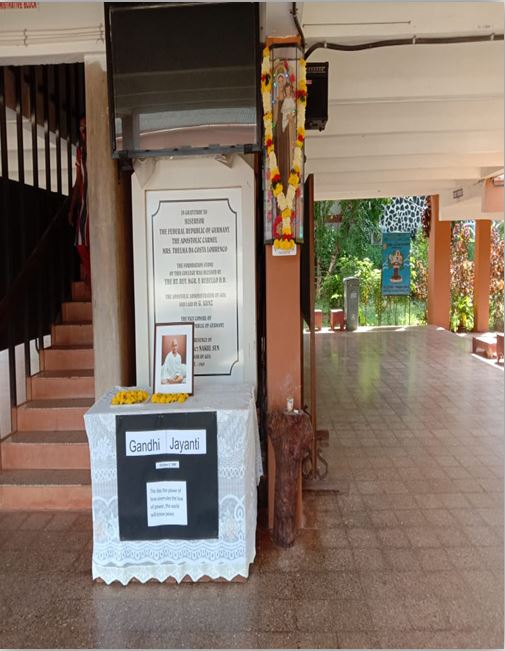 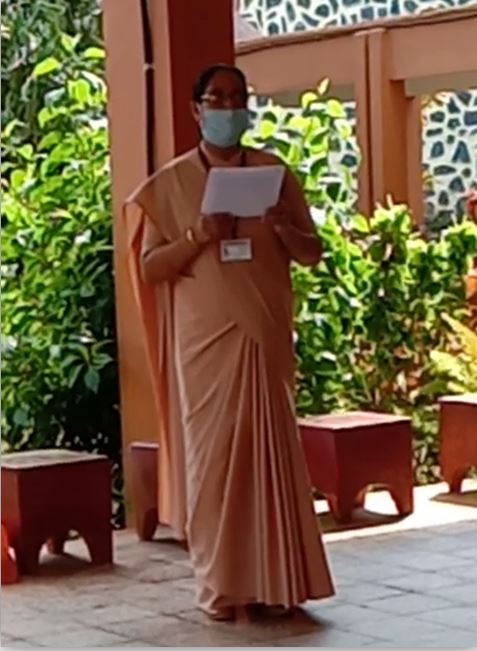