The guest speaker of the day Fatorda Legislator Mr. Vijai Sardesai highlighted the importance of this day, by emphasising that Goa’s referendum was the only referendum in the history of India, wherein 54% won against 43% to save Goa, from being merged with Maharashtra. He added that there’s a big challenge before the next generation, to protect and preserve the identity of Goa and Goenkarponn from getting diluted. Spokesperson of the GPF and Konkani activist Mr. Prashant Naik, brought alive the history of the Opinion Poll Day, with his vivid narration, interspersed with slogans and songs of the time. 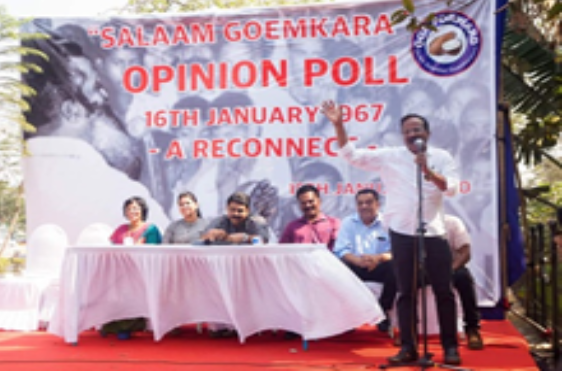 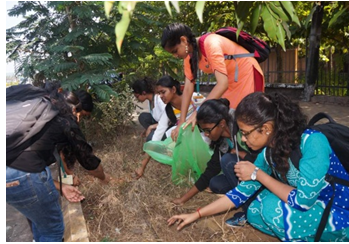 Head of Department- History, Ms. Leila Ribeiro lauded Margao Munipal Council and Goa Forward Party, for having the Opinion Poll Square, and passing a resolution to install the statue of Father of the Opinion Poll Mr. Jack de Sequeira at Ravindra Bhavan Circle, at Fatorda.

Students were served snacks and refreshments by the Margao Muncipality, after which they did the weeding and collection of garbage, around the areas allotted to them. Certificates were distributed to the students.

The whole function was conceptualised and compered by Mr. Jesus Ribeiro. 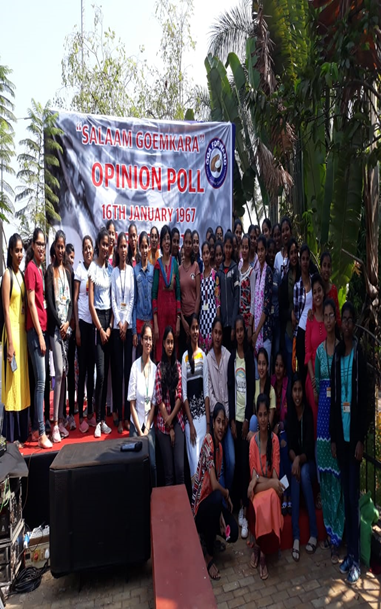 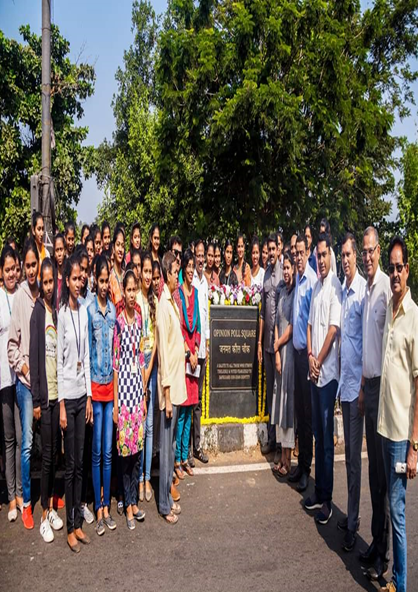