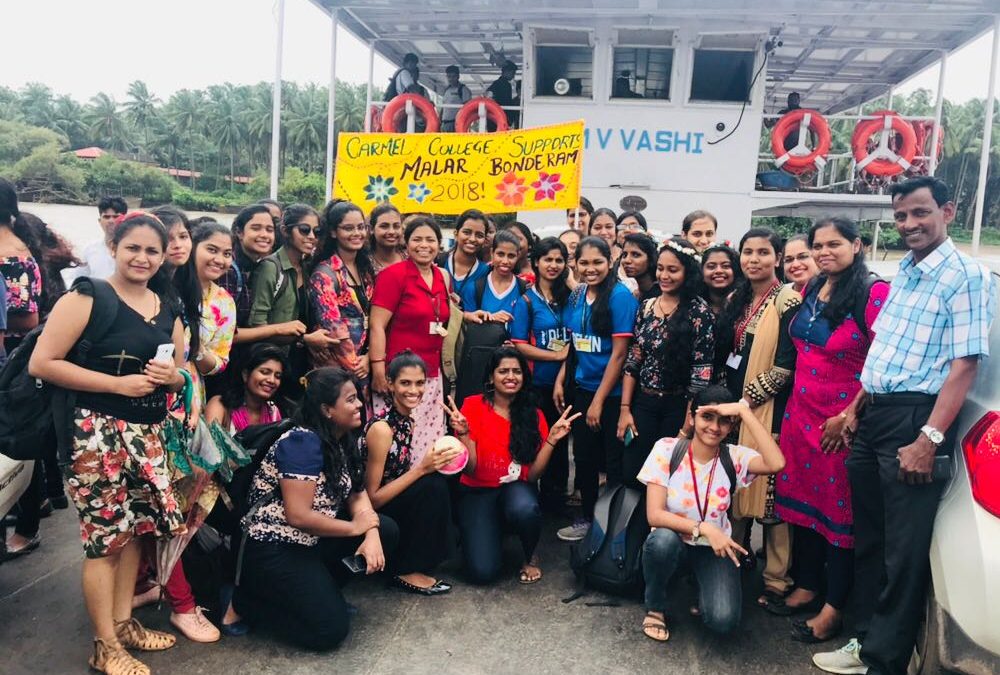 The Department  of English organized a field trip to Malar-Divar for the traditional flag festival Bonderam on 18 August 2018 in the evening. Sixty students and five staff members were present for the same. he students participated in the Bonderamchi Passoi- a three kilometers eco trail where they were acquainted with the 400 year old history and village traditional practices of using flags for demarcation of boundaries. The students sang traditional songs, performed folk dances and visited  heritage homes at Malar with flags and banner in hand. They were dressed in Goan attire, and played gumotts along the way. The villagers greeted them with local traditional delicacies, in keeping with the customs of the island village.

Dr. Glenis Mendonca, Ms. Ashwini Kumar, Mr. Jeffrey Viegas,  Ms. Josmita Fernandes and Mr. Jacob Da Costa were staff members who accompanied the girl students.
The entire event was covered by the media: both audio visual and print. The organizers of the festival expressed their gratitude to all the students and staff. The trip was a great experience and exposed the students to Goan history and traditions, particularly in an island village in North Goa. 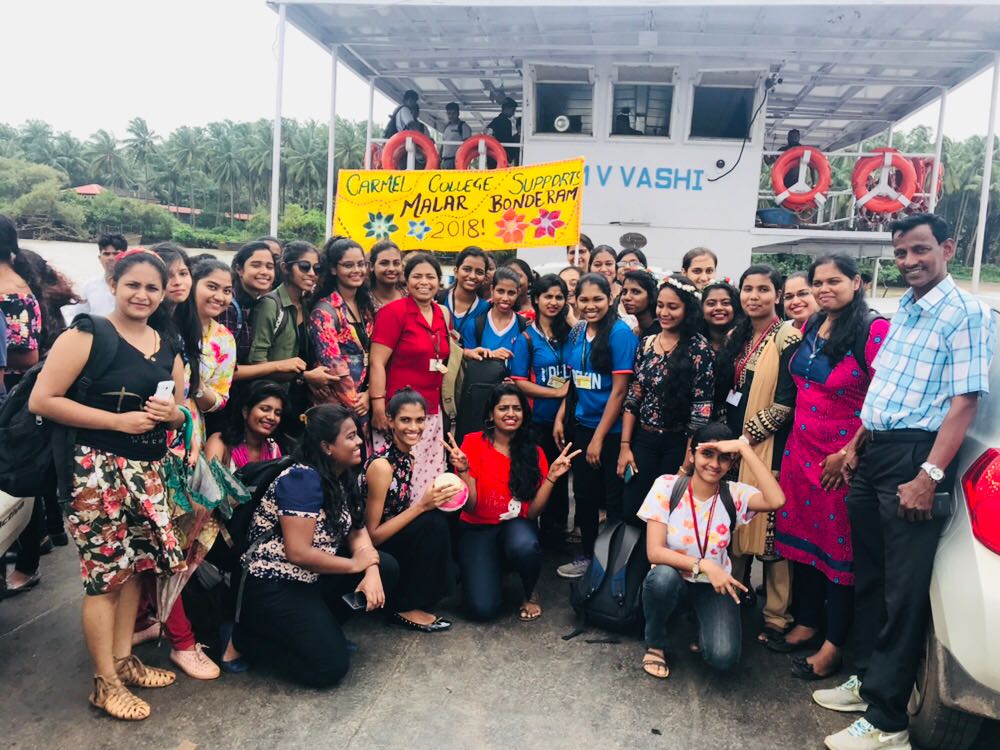